A Bridgeway to Christ 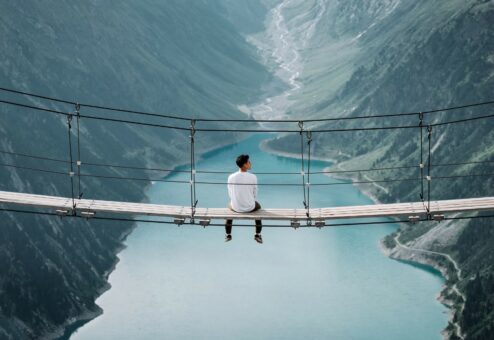 Where has God called you church plant?

As a church planter, you need to do more than just share scripture, you need to clearly understand the culture in which you are planting and be able to communicate the truth of scripture in a way that people can relate to and understand.

At DCPI, one of our twelve Biblical principles, The Bridge Principle states that, “Understanding (and communicating sensitively to) the hearts and minds of people in the target community is essential to reaching them effectively with the gospel.”

You may find yourself living among Millennials in Seattle, Washington; Boomers in San Diego, California; or with retired seniors in Miami, Florida. You may be living among the wealthy in Milan, Italy; the working class in Sao Paulo, Brazil; or with the impoverished in Monrovia, Liberia.

You may be planting among ethnic or linguistic groups as you plant among Tamil-speakers in southern India or with French speaking families on the Gulf of Guinea in West Africa.

No matter what the cultures of your community are, to reach people, you will need to build bridges and communicate sensitively to their hearts and minds.

We see this lived out by the Apostle Paul who shared,

Church planters Aaron and Brittany and their three boys recently moved over 250 miles away from their life-long hometown of Wilmington, North Carolina to plant a church in Richmond, Virginia.

Moving from their quaint port town to the city of Richmond was a major change for them.

As they settled into their new community, Aaron and Brittany asked the Lord to help them to understand the hearts of minds of the people they came across each day.

One day at the park, a few weeks after moving to Richmond, Brittany’s boys were playing with another set of brothers. Brittany was amazed when the mother of these boys, leaned over and told her, “I love the way you and Aaron parent your boys.  I just love what you are doing. I really want to spend more time with you and learn from you.”

Through living out The Bridge Principle, Brittany had not just made a new friend, she had also earned the right to share the love of Jesus.

We encourage you to ask the Lord to help you understand the hearts and the minds of the people in your community and to allow His Spirit to guide you to clearly communicate the love of Jesus to them.

Jesus will help you build bridges that will change lives forever.