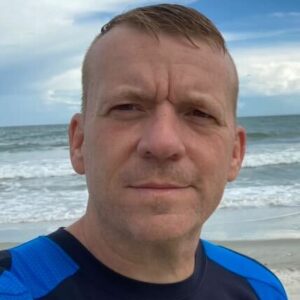 Bill was brought on as Director of Acceleration, he will be working closely with the World Zone Leader of North Africa, Middle East and Stan countries to coach/shepherd/train/mentor leaders in these countries through in person training as well as DCPI Online Training (DOT Academy).

With the DCPI team he will be coaching church planters in dangerous, unreached, and highly Muslim areas through in person training as well as DCPI Online Training’s House Church Planting curriculum, he will also help to establish a network of underground house churches throughout the Muslim and unreached world.  Working together for God’s honor and glory and for Kingdom expansion!

After serving in the largest country in the world for just over 20 years we returned to the USA for some family needs.  During that time many things happened that pointed to the need to stay state-side for a season in our ministry journey. I had worked with DCPI for many years and completed training to be a Senior Master Trainer. I had done many training sessions with and for DCPI over the years and had built a friendship with Chris McKinney. I reached out to Chris for some advice in adjusting to life back in the States and Chris suggested I talk with Scott Kirk about joining the DCPI team. We felt the Lord had this all in His hands for years and opened this door of opportunity just when we needed it!

Vision Statement: My number 4 daughter said one day, “Plant another church, what’s it gonna hurt?” I know that planting a church is a huge task, with lots of steps, phases, blood sweat and tears, but I loved the truth behind this very simplistic and powerful statement.  Let’s plant those 5 million churches so we can praise the Living God and rejoice in those that have been redeemed for His glory!

Life Scripture: Phil 2:3-8 – Do nothing from selfish ambition or conceit, but in humility count others more significant than yourselves. Let each of you look not only to his own interests, but also to the interests of others. Have this mind among yourselves, which is yours in Christ Jesus who, though he was in the form of God, did not count equality with God a thing to be grasped but emptied himself, by taking the form of a servant, being born in the likeness of men. And being found in human form, he humbled himself by becoming obedient to the point of death, even death on a cross.

What excites you about what God is doing around the world?

Sometimes I feel like people are skeptical when you talk about church planting. But, I have seen with my own eyes the redemptive power of Jesus Christ in church planting. Souls saved, marriages restored, addictions broken, people released from spiritual bondage. A community/city/village/people-group/tribe is never the same again when a church is planted in its midst.  The light shines in the darkness, and the darkness has not overcome it. – 1 John 1:5

Seeing people go from God denial to surrender to Christ is one of the most powerful miracles you can ever witness, the other is seeing God gather a group of people who establish a body of believers that will change a community forever.

Most influential books or movies: