Qualified by God to Pray for Salvation

Qualified by God to Pray for Salvation 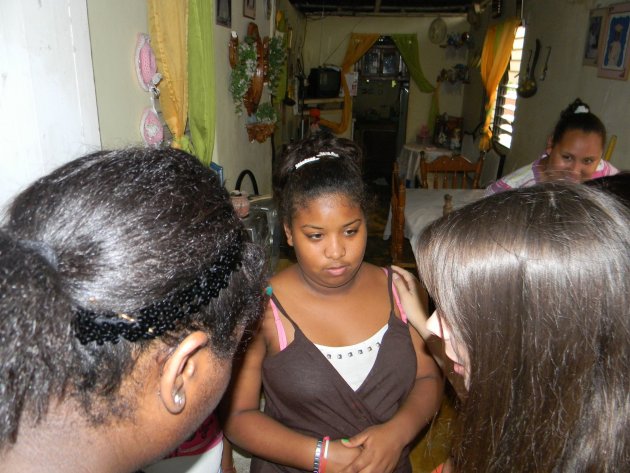 At one point, our guide, Carmen, told us to follow her to pray for a sick family member in a home.  We began walking toward what I thought was a single home. When we entered the clearing, I saw a small patch work cul-de-sac of sorts, rocky dirt roads, chicken wires for windows, it felt like another world, different from where we had already walked.

When we arrived we were told that the sick person was not there but that they wanted a group of us to pray for the home, so thinking it would be a basic prayer, I volunteered to be one of three people.

I wasn’t even in the doorway when our translator told us that a young teenager in the home had decided that she wanted to accept Jesus as Lord of her life.  My initial reaction was to step back because this wasn’t something I felt I was qualified to do, but I remembered what I was learning.

I did not want the young girl to think that I was turning her away, so I asked the Lord for the courage to pray, even though I didn’t feel qualified.   I know that my prayer, though it was simple and not eloquent, it was sufficient, because the Lord hears the words in our hearts that we don’t always know how to say.

In that moment, I felt God’s love for me and the heart that he has for the young girl, her family, and her entire community.  It’s a feeling I would never have experienced if I had depended on my own strength or thought that someone ‘more qualified’ should take over.