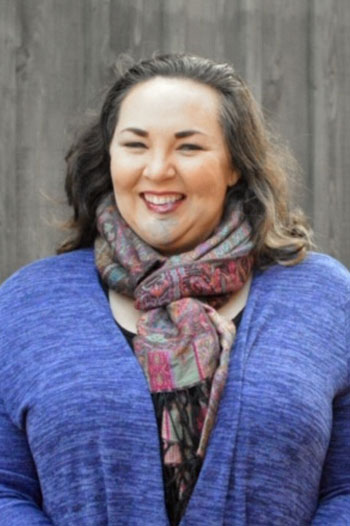 With a passion for prayer & worship, Fallon has devoted her life to following Jesus. From California, to Australia, and now in Louisiana, she says “yes” to the adventures God places before her and trusts His guidance and provision for every step. She looks forward building up a team of prayer warriors to intercede for DCPI and partners around the world.

Over the years, I have known many people involved with DCPI and I loved the work they were doing, but I never imagined there would be a place for me to join them. Then in the middle of a pandemic, I learned about a new position they were looking to fill: Director of Prayer – and immediately I felt God saying, “This is it. This is what I’ve been preparing for you and what I have been preparing you to do.” It was an answer to a prayer I never knew to pray.

Here’s the one thing I crave from God, the one thing I seek above all else:
I want the privilege of living with Him every moment in His house, finding the sweet loveliness of His face, filled with awe, delighting in His glory and grace.
I want to live my life so close to Him that He takes pleasure in my every prayer.

What excites you most about what God is doing through DCPI around the world?

I’m excited by all the lives saved, communities changed, and eternities secured that come with the training and building up of church planters across the globe.

I’ve been blessed to witness a many miracles over years in various capacities, but the most meaningful one for me was with my mom. In January of 2017, my sweet mother was diagnosed with a brutal form of cancer. She had a massive tumor in her abdomen, and the doctors said she would need three rounds of chemo, a majorly invasive surgery, and then three more rounds of chemo. However, after the first three chemo sessions the tumor was GONE. The doctor’s said there was no more tumor, only the place where the tumor had been, and some other small nodules. The surgery that was supposed to be super invasive was able to be done laparoscopically, and a couple months later she was declared NED: No Evidence of Disease. God went above and beyond what the chemo could do and gave us two more years with my mom – and I am eternally grateful for that time.

What have been the most influential books or movies in your life?

Books: The Bible; A Severe Mercy by Sheldon Vanauken; Praying the Names of God by Ann Spangler; The Chronicles of Narnia series by C.S. Lewis.

Movies: Star Wars (all of them, even the prequels) are my favorites so I guess they have had some influence on me – though whether it was a positive or negative influence is still to be determined. I also love musicals!