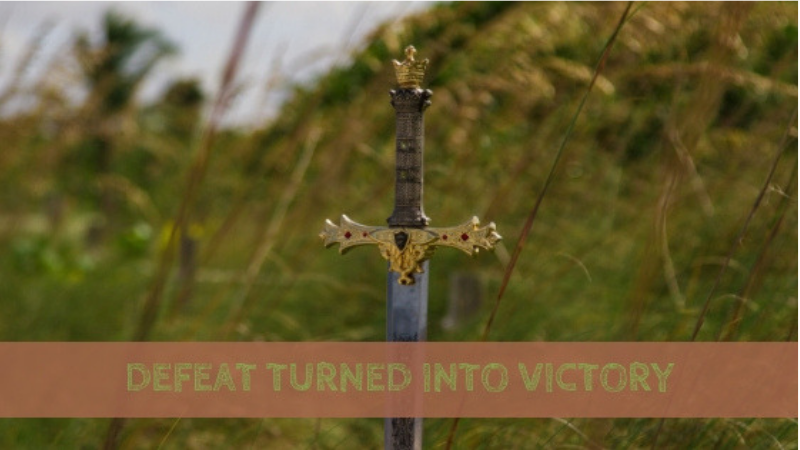 At the Battle of Waterloo, on June 18, 1815, the French army under Napoleon’s command fought the allied forces of the British, Dutch and Germans under the command of Wellington.

The English people in Great Britain depended on a system of signals to find out how the battle was going. One of these signals was on the tower of Winchester Cathedral.

Late in the day it flashed the words: “WELLINGTON DEFEATED.” Just then a fog cloud rolled in, obscuring the tower. News of defeat quickly spread throughout the city.

The whole countryside was sad and gloomy when they heard the news that their country had lost the war. Suddenly, the fog lifted from the tower revealing the rest of the message.

The message had four words, not two: “WELLINGTON DEFEATED THE ENEMY!” It took only a few minutes for the good news to spread.

After the frightful crucifixion, the fog of disappointment and misunderstanding had crept over the friends of Jesus. They had read only part of the message.

“Christ defeated” was all they knew.

But on the third day, the fog of disappointment and misunderstanding lifted, and the world received the complete message: “Christ defeated death!”

Father, We thank you that the message we have to proclaim is that defeat has been turned into victory and death has been swallowed up by resurrection power. I ask that today and into the future more and more of your power will be made manifest in our ministry. Amen.