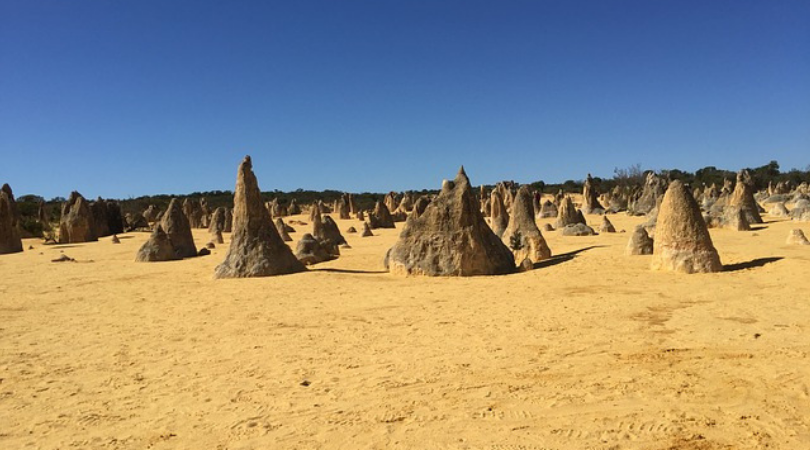 Prayer is the indispensable source of God’s power and wisdom in each phase of church planting.

Prayer is the conception place of church planting movements.  It is a “must have” for every church planter.

Master Trainer Daron Carothers received striking perspectives from the Lord during a 3-day prayer retreat at the Pinnacles, unique limestone formations that congregate in the western section of Australia.  As soon as he stepped foot on the reserve, he had an overwhelming sense that he was standing on holy ground and the presence of God was intense and joyful.

Each pinnacle represented a new church plant to him; the larger pinnacles as mother churches and the smaller ones, daughter churches.  Then he sensed God directing him specifically – “Plant 1,000 churches.”

The vision continued: larger pinnacles (mother churches) were built up on small mounds that seemed to him to trickle down to the smaller pinnacles (daughters).

Then the Lord led him down a path to where someone had etched “SOS” in the sand several times. These seemed as pleas that people were sending up from all over, expressing the need for churches to be planted.

Noting that the pinnacles were in clusters of 50-100 and surrounded by much desert space, he observed the parallel with church plants and pondered the need for the gospel to permeate the unreached areas of society.

Daron later learned that, like churches that are in the planning stages and waiting to be birthed, many pinnacles, though formed underground, remain buried underneath; it is as though they are waiting to be uncovered and initiated.

The action of wind continues to reveal, conceal and reshape the Pinnacles.  How indicative this is of the Holy Spirit’s integral involvement and leading in church planting movements!

God is faithful to direct and enrich church planters who seek His lead in church planting.